The iPhone XS Max is the best Apple has to offer. And it is ridiculously expensive. Almost every flagship phone from the Android stable is being compared to the XS Max. Chinese vendor Xiaomi has launched a shiny new phone called Mi Mix 3 that goes directly against the iPhone XS Max. More importantly, it costs less than half as much as the Apple flagship. Here’s a detailed Mi Mix 3 vs iPhone XS Max comparison to help you decide which one is a better buy.

The XS Max’s design is nearly identical to last year’s iPhone X. It weighs 208g and measures 157.5 x 77.4 x 7.7mm. The Apple flagship has a nearly bezel-less display with a top cutout to accommodate the TrueDepth camera system, front camera, ear speaker, and other sensors. It has a nearly 83% screen-to-body ratio. Its back panel is made out of glass to facilitate wireless charging. The device has a vertically-aligned dual camera system on the back.

With the Mi Mix 3, Xiaomi has pushed the limits of smartphone design. The device has a staggering 93.4% screen-to-body ratio with an edge-to-edge display. Its rear panel has a beautiful ceramic finish. The Mi Mix 3 weighs 218g – slightly heavier than the XS Max – and measures 158 x 75 x 8.5mm. It is marginally thicker than the XS Max, which can be attributed to a bigger battery.

The Mi Mix 3 doesn’t have a display notch to accommodate the front camera and other sensors. Instead, it relies on a motorized slider that brings up the front-facing cameras. The slider uses neodymium magnets that apply just the right amount of force to open the front cameras when you need to take a selfie. Xiaomi claims the slider has been tested to last for more than 300,000 cycles. You can also program the slider for different functions such as answering calls. 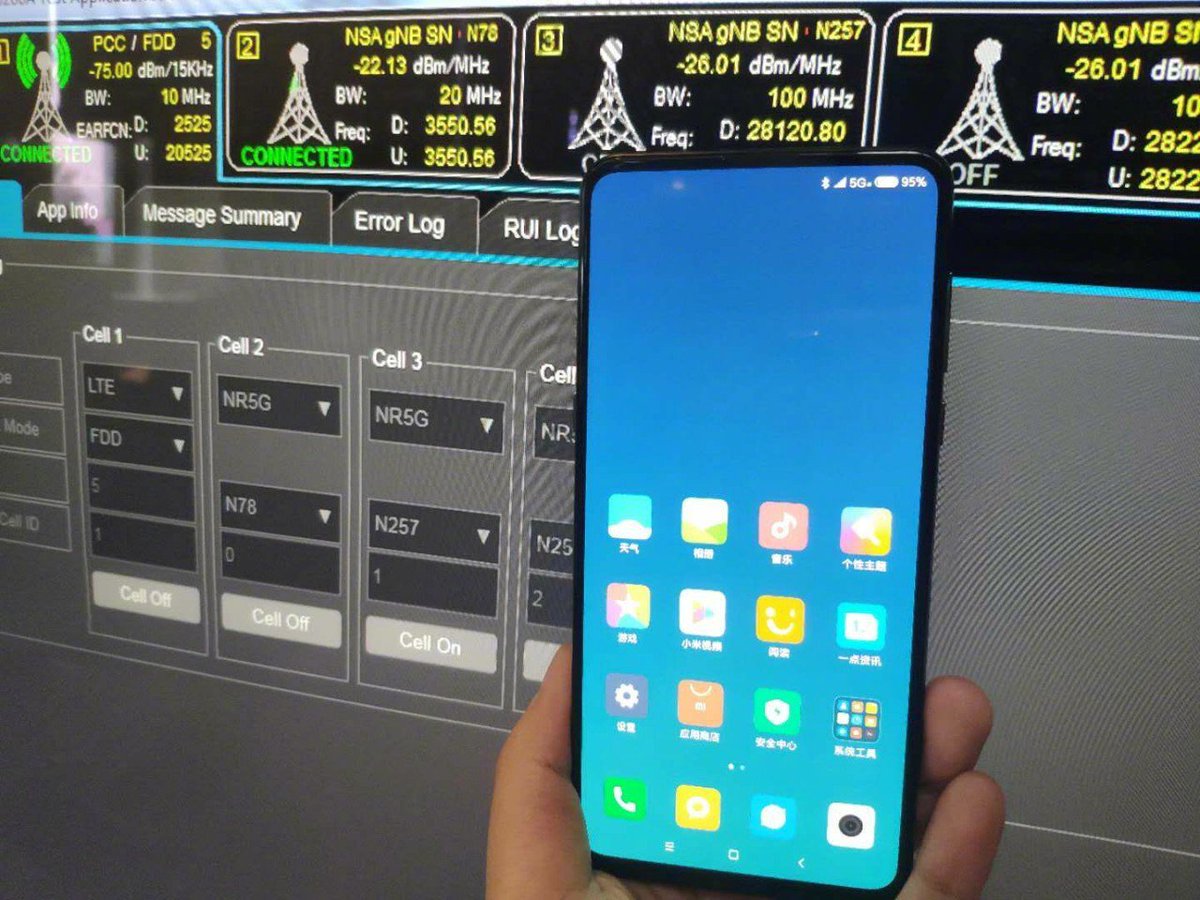 Apple’s XS Max sports a 6.5-inch Super Retina display with 2688 x 1242 resolution and 458ppi pixel density. The usable display area on the XS Max is less than the Mi Mix 3 due to the presence of the notch. Videos and photos on both devices should look sharp and crisp.

Just like most other premium Android devices of 2018, the Mi Mix 3 runs Qualcomm’s Snapdragon 845 processor with 2.8GHz clock speed. It is based on the 10nm manufacturing process. The device comes in a variety of RAM and storage options. There will be a 6GB RAM+128GB storage, an 8GB+128GB, an 8GB+256GB option. There will also be a Palace Museum edition with 10GB RAM and 256GB of onboard storage. It will feature a Chinese mythical beast called Xie Zhi on the back.

The XS Max offers only 4GB RAM, but don’t let that fool you. It has outperformed every single Android phone on the planet in speed tests. The Mi Mix 3 hasn’t been tested yet, but considering it runs the Snapdragon 845, the XS Max should easily outperform it. The Apple flagship runs the A12 Bionic chipset, the world’s first 7nm processor. But it doesn’t mean the new Mi Mix has poor performance. It will easily be able to handle any task you can throw at it, including intensive games. The XS Max comes in 64GB, 256GB, and 512GB storage options.

For security, the XS Max relies entirely on the Face ID technology, which has proved reliable since its debut last year. The Mi Mix 3 comes with a rear-mounted fingerprint sensor for authentication and security. Xiaomi has also promised to bring an AI-powered face unlock feature via a software update in the future.

Xiaomi told fans that it would launch a 5G version of Mi Mix 3 in Europe early next year. Wireless carriers aren’t yet ready to support 5G services yet. But we know that the Mi Mix 3 is going to be the world’s first phone with 5G support. It is said to use Qualcomm’s Snapdragon X50 modem for 5G.

Xiaomi’s latest flagship offers a decent 3,200mAh battery, which should easily last more than a day of normal usage. But we have seen bigger batteries on other Xiaomi devices such as the Mi Max 3. The phone comes with 10W fast wireless charging and the box includes an 18W wired quick charger.

If you go by DxOMark camera testing, the Mi Mix 3 camera is nearly as good as the XS Max in every department. On DxOMark, the Xiaomi phone scored 103 points, only slightly less than the XS Max’s 105 points. Talking about specs, the Mi Mix 3 has two 12-megapixel cameras on the back – a wide-angle and a telephoto lens – with f/1.8 and f/2.4 apertures. On the front, there is a 24-megapixel Sony IMX576 sensor coupled with a 2MP lens for depth perception.

The Mi Mix 3 uses a bunch of AI tricks to enhance the photography experience. It has AI studio lighting, AI portrait mode, and AI beautify on both the front and rear cameras. The back cameras also have AI background music and AI scene detection capabilities. It can record slow-motion videos at 90fps.

The XS Max’s camera setup is similar to last year iPhone X with slight improvements. On the back, it houses a 12MP wide-angle sensor with f/1.8 aperture and a 12MP telephoto lens with f/2.4 aperture. Both the sensors support optical image stabilization. It offers up to 2x optical zoom and 10x digital zoom. The XS Max can capture 4K videos at 24fps, 30fps, and 60fps. It also supports stereo recording in videos and Smart HDR feature. It gets a 7MP front camera for selfies.

So, which phone wins this Mi Mix 3 vs iPhone XS Max comparison? It largely depends on which operating system you like (Android or iOS). If I had to pick one, I’d go with the Mi Mix 3. It’s a gorgeous looking phone with insanely high RAM, a damn good camera system, and a powerful Snapdragon 845 processor. And it costs less than $500. Xiaomi no longer wants to be a cheap phone company. It has proved with the Mi Mix 3 that it could bring premium-quality phones and reasonable prices to challenge Apple and Samsung.