Now, suddenly, we can transfer nearly two kilowatts wirelessly to electronic baubles scattered all over a room. It’s a project from Disney Research, it’s coming out of Columbia University, it’s just been published in PLOS one, and inexplicably it’s also an Indiegogo campaign. Somehow or another, the stars have aligned and 2017 is the year of wirelessly powering your laptop. 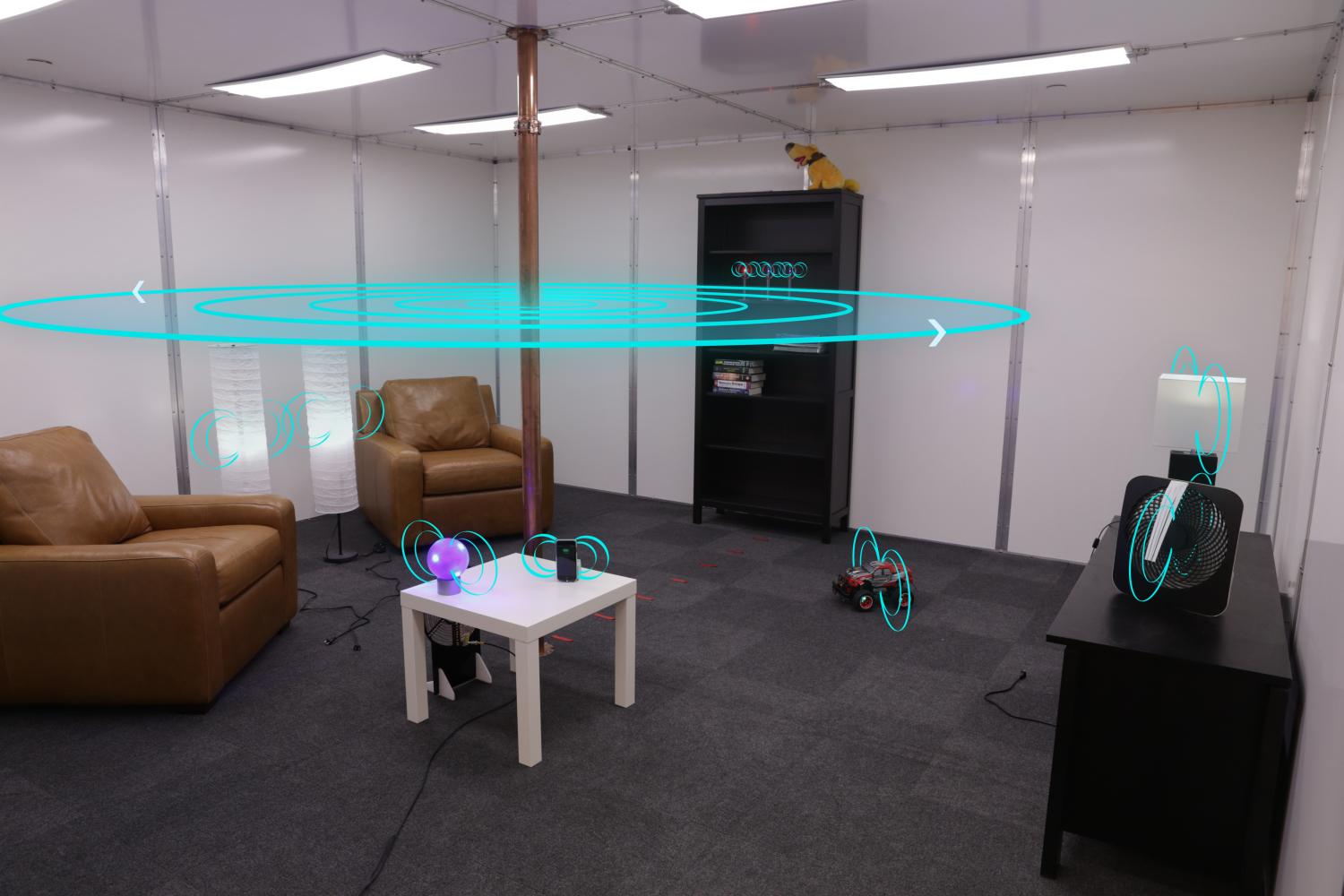 In practice, the QSCR from Disney Research takes the form of a copper pole situated in the center of a room with the walls, ceiling, and floor clad in aluminum. This copper pole isn’t continuous from floor to ceiling – it’s made of two segments, connected by capacitors. When enough RF energy is dumped into this pole, power can be extracted from a coil of wire. The video below does a good job of walking you through the setup.

As with all wireless power transmission schemes, there is the question of safety. Using finite element analysis, the Disney team found this room was safe, even for people with pacemakers and other implanted electronics. The team successfully installed lamps, fans, and a remote-controlled car in this room, all powered wirelessly with three coils oriented orthogonally to each other. The discussion goes on to mention this setup can be used to charge mobile phones, although we’re not sure if charging a phone in a Faraday cage makes sense.

If the project from Disney research isn’t enough, here’s the MotherBox, a completely unrelated Indiegogo campaign that was launched this week. This isn’t just any crowdfunding campaign; this work comes straight out of Columbia University and has been certified by Arrow Electronics. This is, by all accounts, a legitimate thing.

The MotherBox crowdfunding campaign promises true wireless charging. They’re not going for a lot of power here – the campaign only promises enough to charge your phone – but it does it at a distance of up to twenty inches.

Does the MotherBox work? Well, if you dump enough energy into a coil, something is going to happen. The data for the expected charging ranges versus power delivered is reasonably linear, although that doesn’t quite make sense in a three-dimensional universe.

Is it finally time to get rid of all those clumsy wall outlets? No, not quite yet. The system from Disney Research works, but you have to charge your phone in a Faraday cage. It would be a great environment to test autonomous quadcopters, though. For MotherBox, Ivy League engineers started a crowdfunding campaign instead of writing a paper or selling the idea to an established company. It may not be time to buy a phone case so you can charge your phone wirelessly at Starbucks, but at least people are working on the problem. This time around, some of the tech actually works.