By TRUECOSMOSJune 9, 2019NEWS
No Comments There are plenty of reasons to pick up a microSD card, should your phone support one. It can be a lot cheaper to get a phone with less storage and plan to add more. Media maniacs and data hoarders can also make use of the super cheap extra space. But if you think SanDisk’s new A1 and A2-rated microSD cards are going to provide anywhere near the experience of your phone’s built-in storage, think again.

Design, hardware, what’s in the box 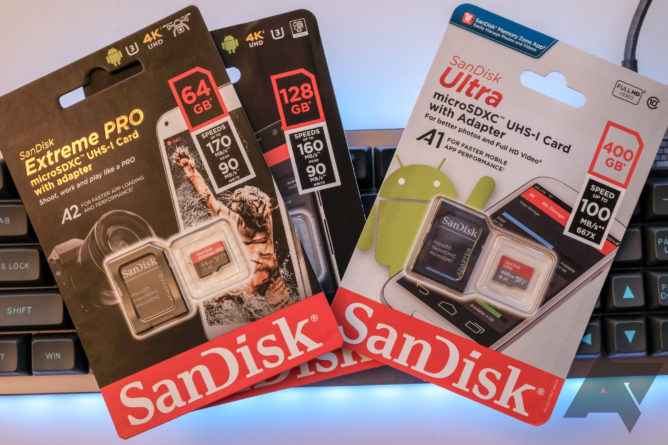 They might not be the solid plastic clamshells of yore, but they’re still annoying to open. 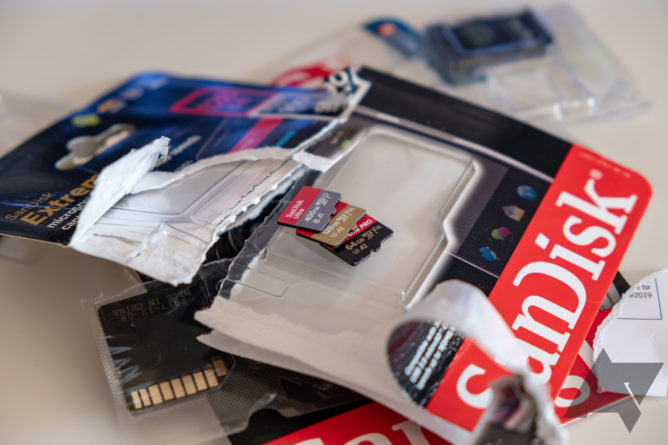 Lots of wasteful packaging for a tiny prize.

There’s just not much more to it than that.

For the uninitiated, SanDisk’s advertised transfer speeds of over 105MB/s are a bit inaccurate. Technically yes, you can pull those numbers in limited circumstances, but only via SanDisk card readers with their own special tech, which is no use when you put the card in your phone. The UHS-I bus actually maxes out (currently) at 105MB/s, so that’s the theoretical maximum you’ll see on your Samsung Galaxy Whatever when you plop a microSD in. The harsh truth is that you just aren’t going to get maximum performance from your SanDisk microSD card on your phone.

Furthermore, you’ll need to keep in mind that benchmarking storage devices on Android isn’t always accurate. Google tweaked how apps access them, which can sometimes result in strange or ridiculously inflated numbers. Consider any on-device benchmarks we provide as at least a littlesuspect.

Tests, unless otherwise indicated, were performed on a Galaxy S9 for on-device benchmarks, and on desktop via a card reader provided to us and recommended by SanDisk for our tests. In all cases, cards were first formatted by that device as per the device’s default settings.

This card costs around $11-15 at the time of writing, and it is advertised as having speeds up to 170MB/s read and 90MB/s write. As you’d expect given my earlier disclaimer, you won’t reach anywhere near that on a phone.

Sequential reads of around 84MB/s are nothing to sneeze at, though, and writes over 52MB/s aren’t bad, either. The biggie, though, given the A2 rating is the random read/write performance, and there I’m a bit disappointed.

The A2 rating requires minimum read IOPS of 4000 and a write of 2000, and we’re not seeing that here: Androbench is reporting 1956 and 672, respectively. It could be the particular benchmark or Android’s storage issues we mentioned, but the numbers we’re seeing are closer to the A1 rating (1500 read/500 write) than A2. 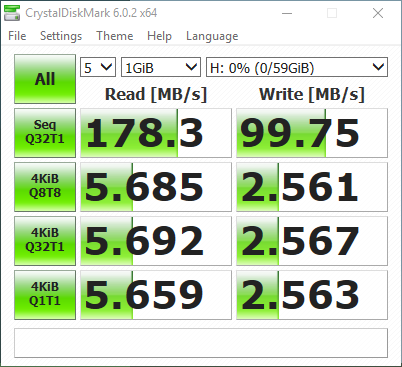 However, with the right card reader, the microSD card can absolutely perform up to (and above) its rated sequential speeds, in this case exceeding its advertised numbers by a decent margin. That said, there’s also a drop in random speeds on CrystalDiskMark compared to the Androbench results (the numbers in MB/s work out to ~1455 read and 655 write IOPS). It could be an effect of the particular benchmark we chose or the card reader SanDisk preferred that we use, but the behavior was consistent across the models we tested.

The “Extreme” card we tested is just a bit more expensive than the last one at $25-30. Like the previous card, it doesn’t quite meet rated performance levels.

Again, we see almost exactly the same IOPS for random performance, in line with A1 ratings rather than the A2 advertised. 1935/691 IOPS for random read/write is fine for storage, and maybe storing larger files like game assets, but I really wouldn’t want to use it for apps, myself. 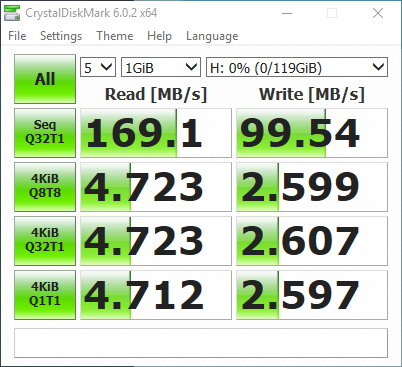 We’re able to hit that rated max read speed again and exceed the rated write speed on a desktop with SanDisk’s card reader, but random performance still remains far below where we’d expect and what the A2 spec would claim, around 1208/665 IOPS. I don’t know how SanDisk is testing these cards, but in our examinations, these don’t meet A2-rated speeds.

This is one heckin’ chonker. Unlike the two other cards we tested, it was merely A1 rated, though for that sacrifice you get way more capacity. It’s an easy tradeoff if your primary concern is space, though it also costs substantially more at $80-100 (at the time of writing).

It might only be rated for A1, but we’re seeing better random read speeds from SanDisk’s 400GB card than either of its ostensibly faster A2-rated siblings. I wish I had an explanation for the discrepancy when it comes to random speeds on these cards. Whatever the cause is, the effect is inconsistent and unfortunate. 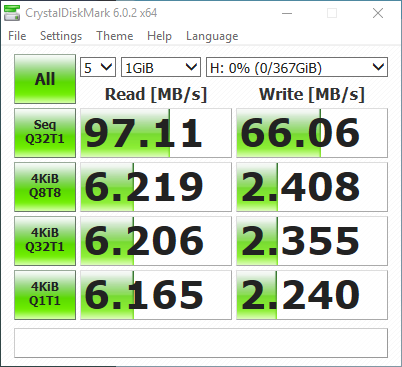 Unlike the last two, this card doesn’t use any fancy tech to exceed the UHS-I bus limitations. Max speeds even on desktop with a SanDisk reader are slower, though random read speeds (~1592 IOPS) are faster than the other cards, though write is a bit slower (616 IOPS).

Should you buy one?

Yeah, if you need the space. But, to channel my inner David, here’s the thing about microSD cards: It doesn’t matter if they are A1, A2, or A-nothing rated, they’re just not worth it for apps. 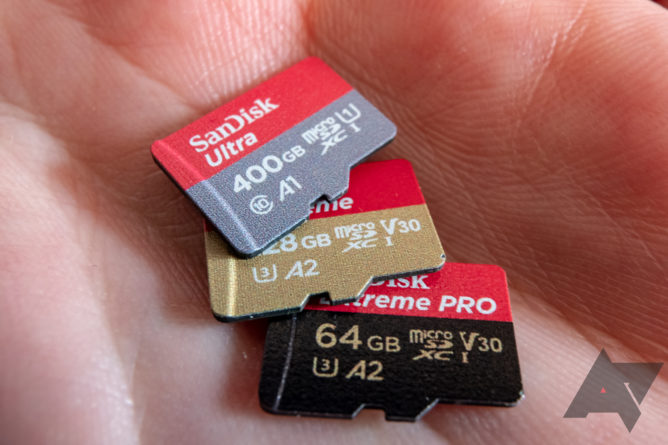 The fastest of the cards we tested had an A2 rating, meaning they are supposed to be rated for a minimum of 4,000/2,000 IOPS in random reads/writes. At that speed they’re still far, far slower than the storage in your phone. For comparison, the Galaxy S9 pulled over 30,338/6,962 IOPS in random 4K read and write in Androbench tests. Even a really low-end, ~$100 Android Go phone can pull numbers of 5000-7000 IOPS for read and over 2000 for write. With numbers like that in mind, 4000 for the A2 rating is pretty garbage, and worse, none of these cards were even able to hit A2 speeds in our tests. However SanDisk is calculating its IOPS (perhaps in super-short bursts, or with different IO request sizes?) it doesn’t jibe with benchmarks.

If you’re considering picking up an A2-rated microSD card because you ran out of space for apps, you should first do everything you can to free up space another way, because it won’t be a very enjoyable time. On the other hand, if you’re a data hoarder who just wants to carry a bunch of media around with you, I can absolutely recommend any of these cards. They’re fast, cheap, and you shouldn’t have any issue playing back content from them.