An in-display selfie camera has been demonstrated by two different smartphone companies, ready to end the era of notches and pop-up cameras, and make future device design more neat and seamless. Both Oppo and Vivo have shown videos featuring unidentified smartphones, with selfie cameras that are hidden away underneath the screen.

“You are taking a very first look at our under-display selfie camera technology,” Oppo wrote in a tweet, with a portrait video attached showing off how the tech worked. The video needs watching a few times to see what’s going on, as only the top half of the phone is visible. The phone’s operator activates the camera app, which is already in selfie mode. The on-screen view is unidentifiable, and it’s not clear what we’re really seeing — until the operator puts their finger over a previously invisible camera lens, obscuring the view of what was presumably the ceiling.

It’s an effective demo of what we’re seeing, or more accurately, what we’re not seeing. Watch again and you’ll notice the wallpaper extends to the top of the display, and does not have a break for the lens. The only evidence one is there comes when the camera is activated — look out for the spinning circle animation at the top of the screen.

Within a few hours of Oppo’s video going live, Xiaomi published its own video on Twitter, demonstrating the same type of technology, but in a way that’s much easier to understand. The 15-second video has two side-by-side phones, with the one on our right equipped with a notch and a selfie camera. As the phones are rotated to catch the light, you can see the one on our left doesn’t have any visible notch, or camera lens at all. Yet the operator opens the camera app, switches to selfie mode, and takes a photo.

She continues moving the phone so we can see the cameraman in the background, proving it’s not a view of the gallery or a clever fake.

Both Oppo and Xiaomi appear to be demonstrating the same type of technology, where the camera used on the front of the phone is hidden behind the screen’s glass, and almost invisible to the eye. By adopting this, there is no need for a notch, cut out, or hole-punch in the screen. While we’ve seen almost bezel-less screens already, they’re usually accompanied by pop-up cameras like the Oppo Reno, or sliders like the Honor Magic 2.

The in-display system is elegant, and doesn’t rely on mechanical parts to operate, making it more desirable than the alternatives currently being used. However, we don’t know about any sacrifices made elsewhere to enable the camera. The space inside a phone is at a premium, and this new type of camera module may impact battery size, need larger bezels to house components for now, or require redesigns elsewhere.

Setting the camera behind the screen joins fingerprint sensors and speakers as components previously marring smartphone design, which now do not need to be a visual part of it. Oppo and Xiaomi are the first to demonstrate working versions of this technology, but others will inevitably follow. Expect to see this on many phones over the coming years. However, aside from this demo, we do not know when these cameras will be on phones we can buy. 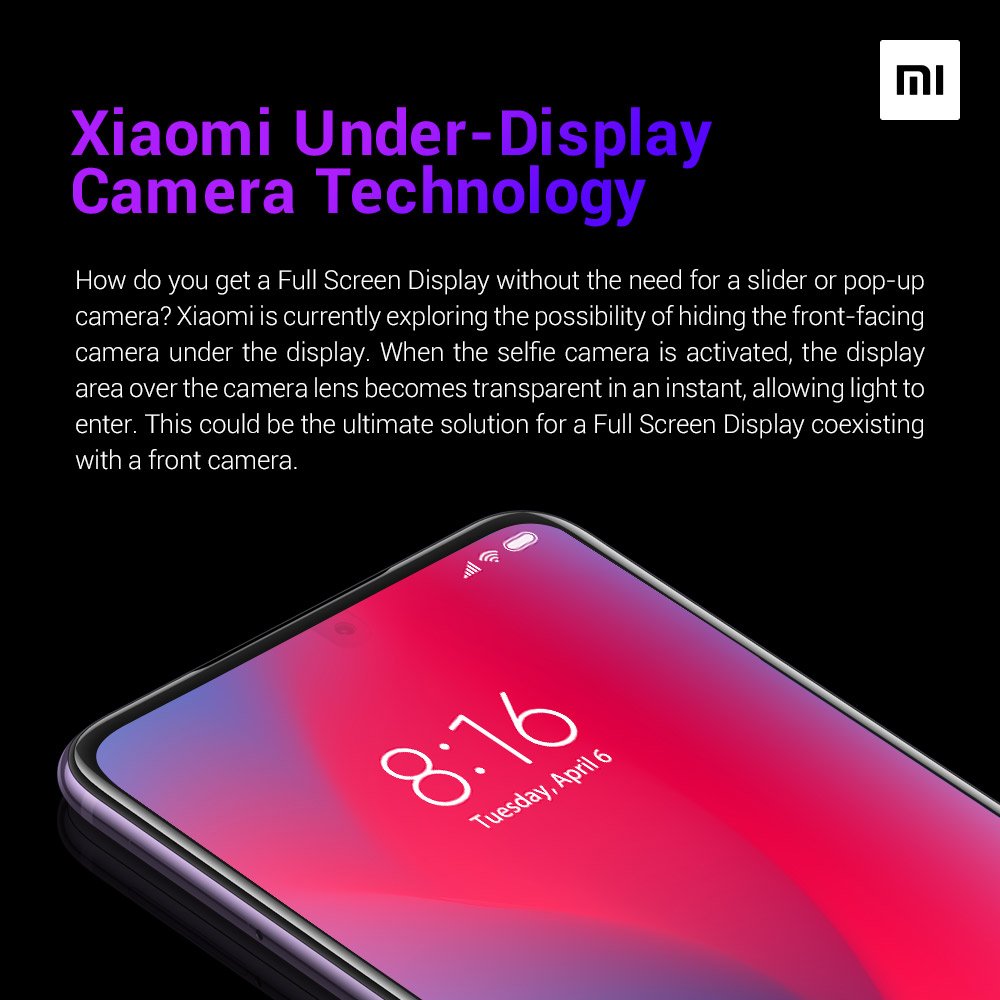 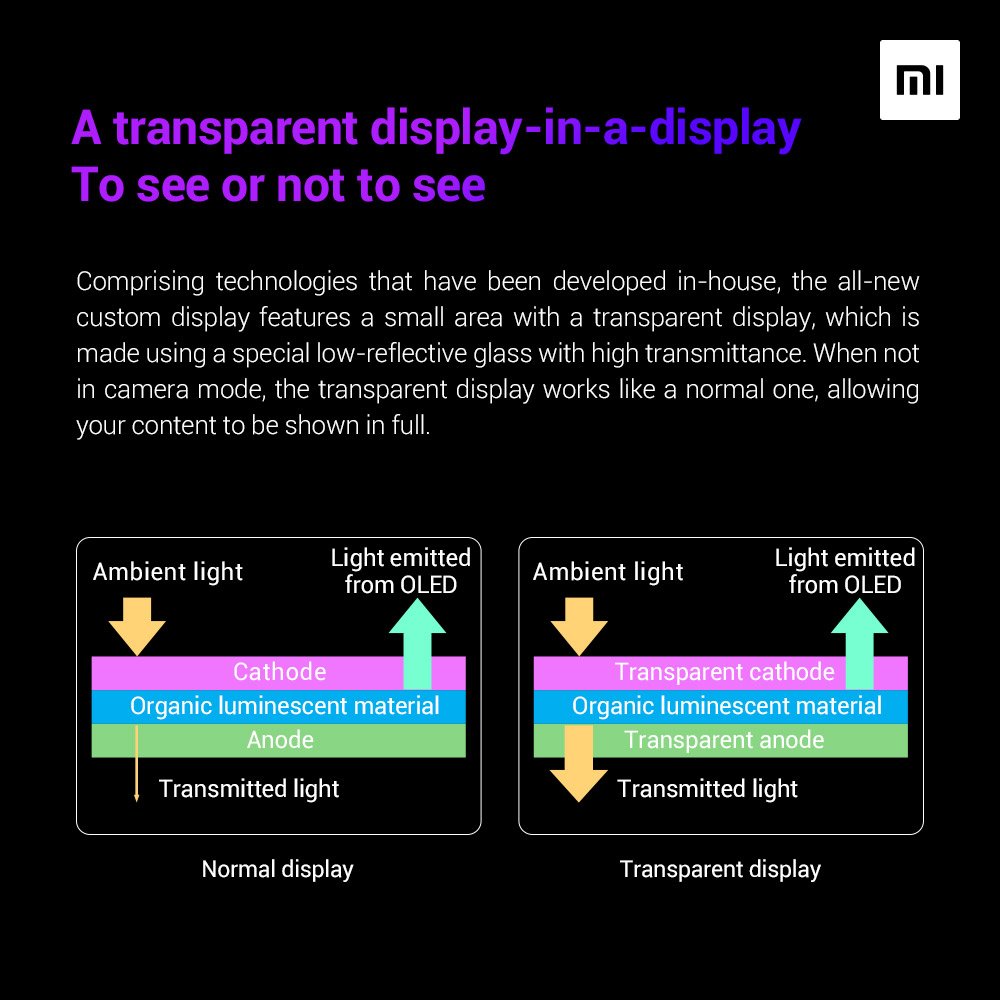 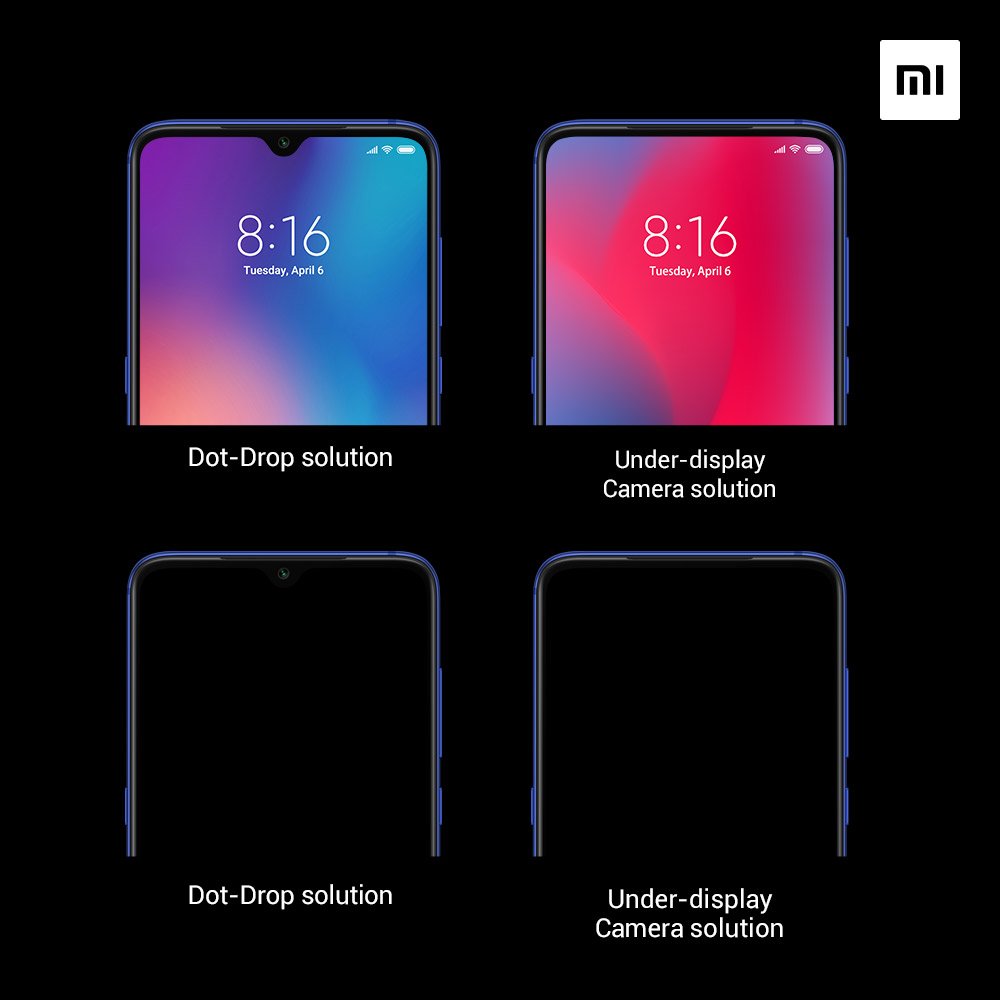 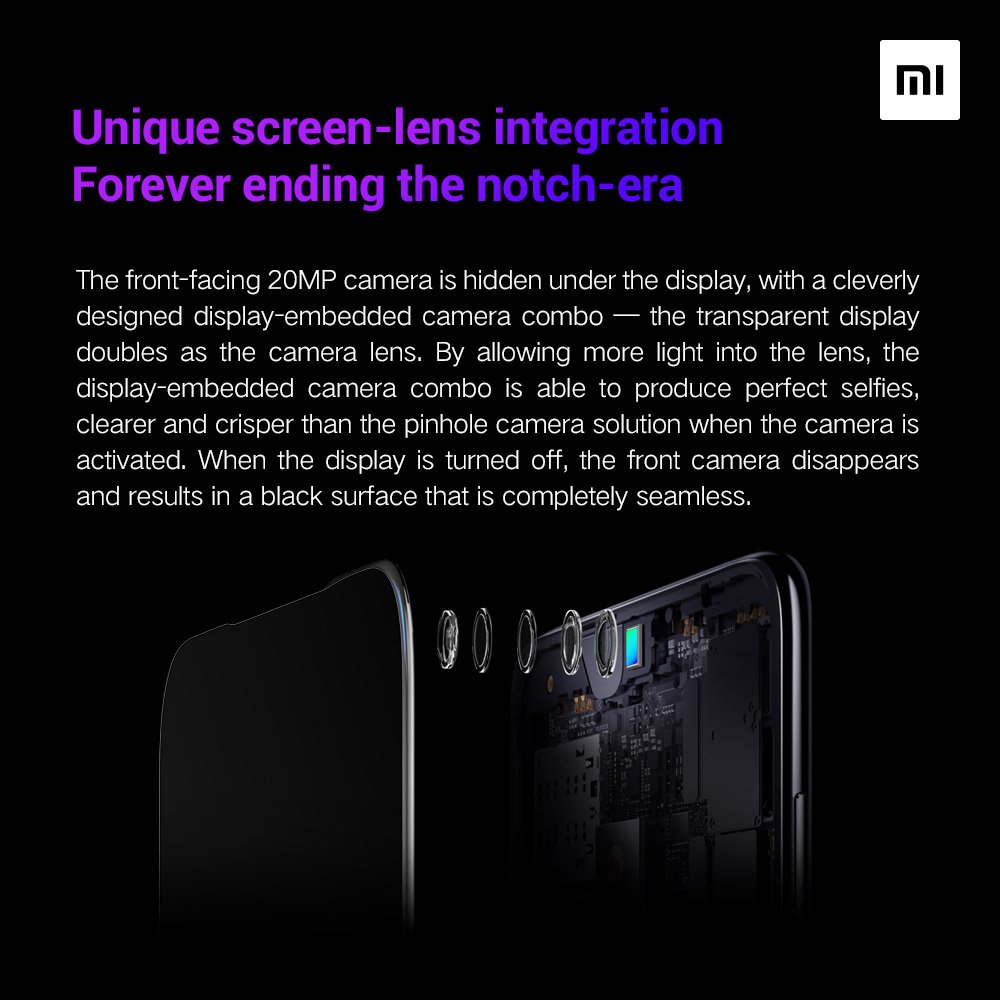 In the span of two years, the appearance of phones has changed a lot. Thick bezels have been dropped for thin ones. The top bezel has even been replaced with notches (all sorts) or punch holes in some cases while others have adopted a slider design or the use of pop-up/flip cameras. It appears the next step in this design evolution is the in-display camera.  A few manufacturers have already patented their own take and Xiaomi is the latest manufacturer to do so.

A diagram from a Xiaomi patent has surfaced online and it shows a device with an in-display selfie camera. The patent which was applied for back in November 2018 shows there is a camera behind the screen as well as a light sensor. A rough translation of the patent description says there is a secondary display under the main display. The light sensor works with both screens in a way that the camera can become visible at required times or invisible when not in use. It is a bit hard to explain since the description isn’t in English. There are rumors in-display cameras may be the trend in smartphone designs for the second half of the year or next year at the latest. A few weeks ago, it was reported that OPPO will showcase a phone with an in-display fingerprint scanner later this year. The phone may be the pioneer device for this new design.
Source :- digitaltrends
Image :- twitter.com/Xiaomi